The first and oldest version contains the original Diablo game, Diablo II, Diablo II: Lord of Destruction, the Ultimate Strategy Guide, and manuals for both Diablo II and its expansion. The game discs in this version are stored in jewel cases with inserts. This version was also released in Europe. Some US copies contained a bonus Diablo comic book. 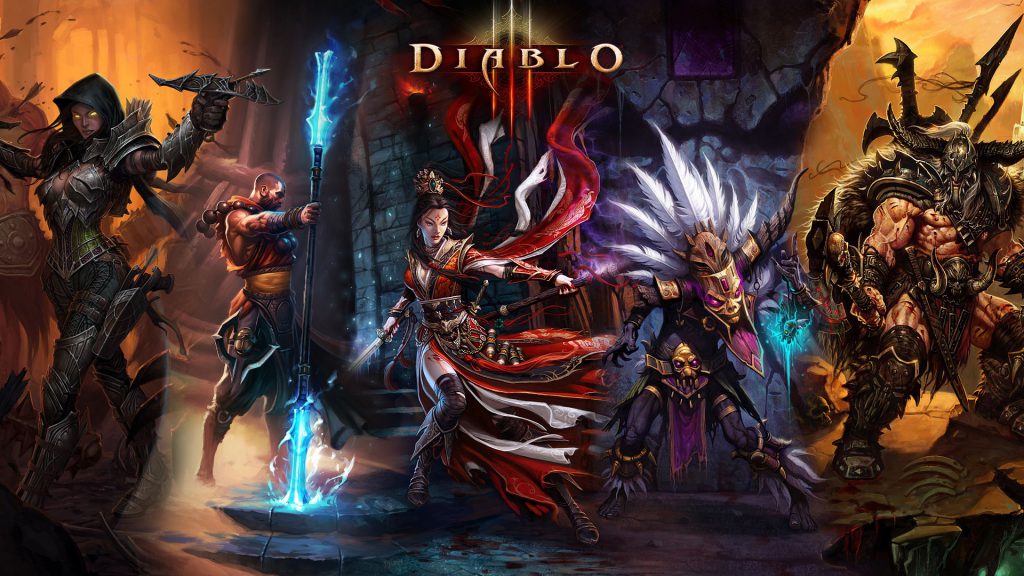 The second version contains the same contents as the first version, in addition to a new, updated Blizzard product catalog (the exact year of the included catalog varies) and a World of Warcraft Trial Edition DVD-ROM. The Diablo game discs in this version are stored in black sleeves, with an insert included for the original Diablo. The box of this version differs slightly from the previous version. The covers shown on the box art are spaced farther apart; for example, the full Lord of Destruction cover is now visible, and the “o” in the “Diablo” logo on its cover is no longer obscured by the Diablo II cover. Also, the dimensions of each game manual, along with the box itself, are now smaller.
The third and most recent version contains Diablo II, Diablo II: Lord of Destruction, the Ultimate Strategy Guide, and each game’s manual. The original Diablo is not included in this version, and its cover is absent from the chest’s box art. The Trial Edition DVD-ROM for World of Warcraft was replaced with two guest passes that can be redeemed on the Warcraft website. The Battle Chest’s system requirements were also updated to include support for Windows Vista operating systems.
A European version containing a bonus Diablo II soundtrack CD was released with localized packaging for Germany, Italy, and Spain. The original Diablo is not included in this version.
A French version was released that contained Diablo II, Diablo II: Lord of Destruction, each game’s manual, and each game’s official strategy guide.