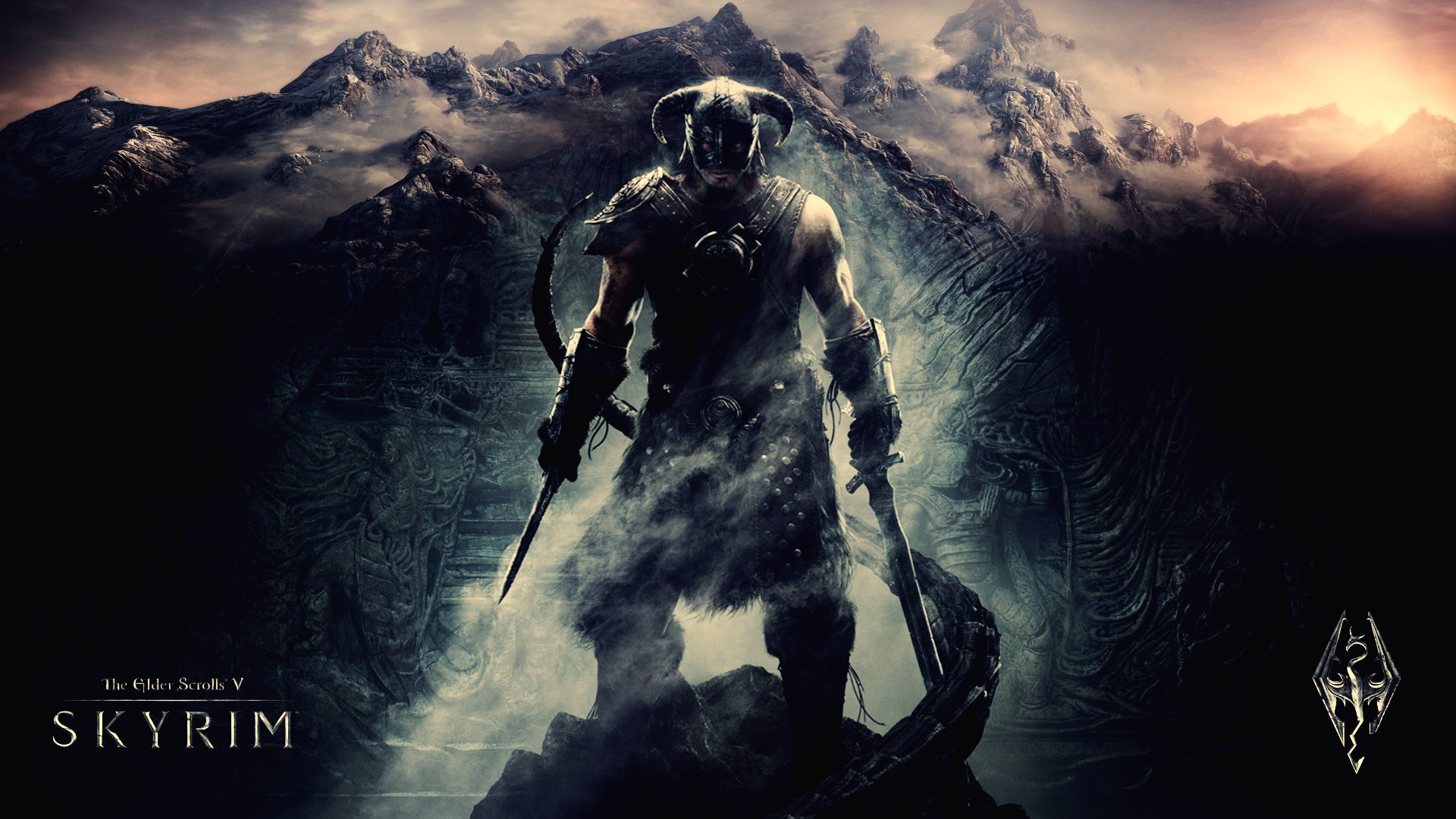 I was stacking books on a shelf in my house in Whiterun, one of Skyrim’s major cities, when I noticed a weapon rack right beside it. I set a sacrificial dagger in one slot, an Orcish mace in the other. They were on display for nobody but me and my computer-controlled housecarl, Lydia, who sat at a table patiently waiting for me to ask her to go questing. The chest upstairs was reserved for excess weapons and armor, the bedside table for smithing ingots and ores, the one next to the Alchemy table for ingredients. I’d meticulously organized my owned virtual property not because I had to, but because tending to the minutia of domestic life is a comforting break from dealing with screaming frost trolls, dragons, a civil war, and job assignments that never seem to go as planned. It’s even a sensible thing to do; a seemingly natural component of every day existence in Skyrim, one of the most fully-realized, easily enjoyable, and utterly engrossing role-playing games ever made. 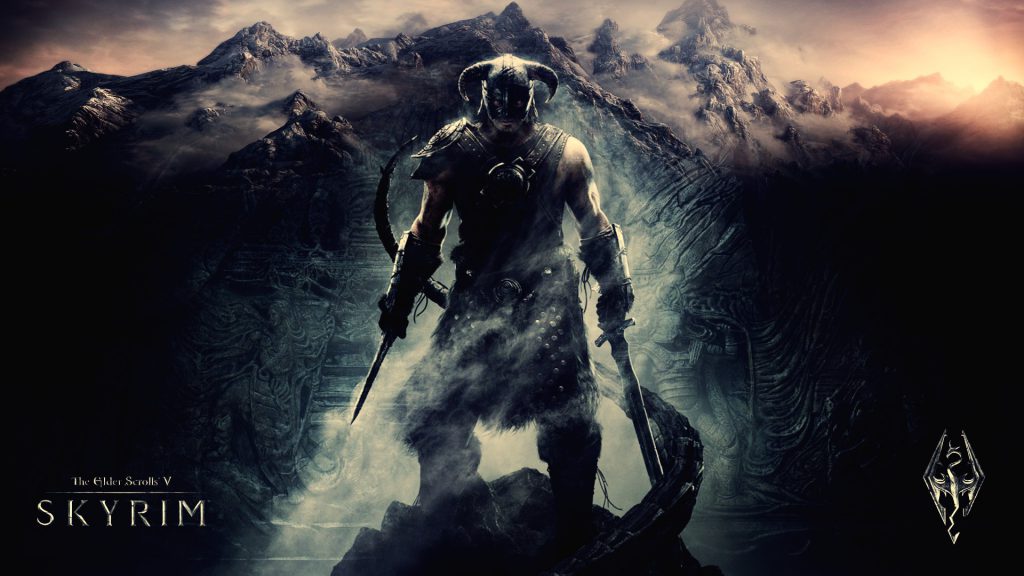 Part of what makes it so enjoyable has to do with how legacy Elder Scrolls clutter has been condensed and in some cases eliminated. In Skyrim, there’s no more moon-hopping between hilltops with a maxed out Acrobatics skill. That’s gone, so is Athletics. The Elder Scrolls V pares down the amount of skills and cuts out attributes like Endurance and Intelligence altogether. There’s no time wasted on the character creation screen agonizing over which skills to assign as major. You don’t assign major and minor skills at all, but instead pick one of ten races, each with a specific bonus. High Elves can once a day regenerate magicka quickly, Orcs can enter a berserk rage for more effective close-range combat. These abilities are best paired with certain character builds – the High Elf regeneration is useful for a magic user – but don’t represent a rigid class choice. Major decisions don’t need to be made until you’re already out in the world and can try out magic, sneaking and weapon combat, emphasizing first-hand experience over instruction manual study, letting you specialize only when you’re ready.
It contributes to the thrilling sense of freedom associated with life in Skyrim. Do a quest, kill a dragon, snatch torchbugs from the air, munch on butterfly wings or simply wander while listening to one of the best game soundtracks in recent memory. Despite the enormity of the world and the colossal amount of content contained within, little feels random and useless. Even chewing on a butterfly wing has purpose, as it reveals one of several alchemical parameters later useful in potion making at an alchemy table. Mined ore and scraps of metal from Dwemer ruins can be smelted into ingots and fashioned into armor sets, pelts lifted from slain wildlife can be turned into leather armor sets, and random books plucked from ancient ruins can trigger hidden quest lines that lead to valuable rewards. Skyrim’s land mass is absolutely stuffed with content and curiosities, making every step you take, even if it’s through what seems like total wilderness, an exciting one, as something unexpected often lies just over the next ridge.

Many times the unexpected takes the form of a dragon. Sometimes they’re purposefully placed to guard relics, sometimes they swoop over cities and attack at seemingly random times. In the middle of a fight against a camp of bandits a dragon might strike, screaming through the sky and searing foe and friendly alike with frost or flame. Momentarily all on the battlefield unite, directing arrows and magic blasts upward to knock down the creature, creating impromptu moments of camaraderie — a surprising change from what may have been yet another by-the-numbers bandit camp sweep. Dragons show up often, their presence announced by an ominous flap of broad wings or an otherworldly scream from high above. The scale and startling detail built into each creature’s appearance and animations as it circles, stops to attack, circles again and slams to the ground makes encounters thrilling, though their predictable attack patterns lessen the excitement after a few battles. In the long run they’re far less irritating than the Oblivion gate equivalent from The Elder Scrolls IV, can be completed in a few minutes, and always offer a useful reward.
Killing a dragon yields a soul, which powers Skyrim’s new Shout system. These are magical abilities any character can use, you don’t have to specialize in spell casting to slow time, throw your voice, change the weather, call in allies, blast out ice and fire, or knock back enemies with a rolling wave of pure force. Even if you favor sword, shield and heavy armor and ignore magic entirely, you’ll still be able to take full advantage of these abilities provided you find the proper words – each Shout has three – hidden on Skyrim’s high snowy peaks and in the depths of forgotten dungeons, serving as another reason to continue exploring long after you’ve exhausted the main quest story, joined with the Thieves Guild, fought alongside the Dark Brotherhood, or thrown your support behind one of the factions vying for control of Skyrim.

Not only is this land under assault by dragons, long thought to be dead, it’s also ripped in two by civil war. You can choose one side or the other, but so much of the allure of Skyrim is how, even outside of the confines of quest lines, the embattled state of the world is evident, and steeped in a rich fictional legacy. Lord of the Rings this is not, but with the release of every Elder Scrolls game, the fiction becomes denser, and the cross-referencing for long-time fans all the more rewarding.

Skyrim’s residents are all aware of current events. They’ll comment on the civil war, some sympathizing with the rebels, others thinking the establishment sold its soul. The peasants complain about the Jarls who control each settlement, the Jarls complain about the rebels or foreign policy, the overprotective College librarian complains when I drop dragon scales all over his floor; many characters feel like whole, distinct personalities instead of vacuous nothings that hand out quests like a downtown greeter hands out flyers for discount jeans. Characters stereotype based on race, they double-cross at even the slightest hint it might be profitable, and they react to your evolving stature within the world. It makes a ridiculous realm, filled with computer-controlled cat people and humanoid reptiles, demon gods and dragons, feel authentic, like a world that existed long before you showed up and will continue to exist long after you leave.