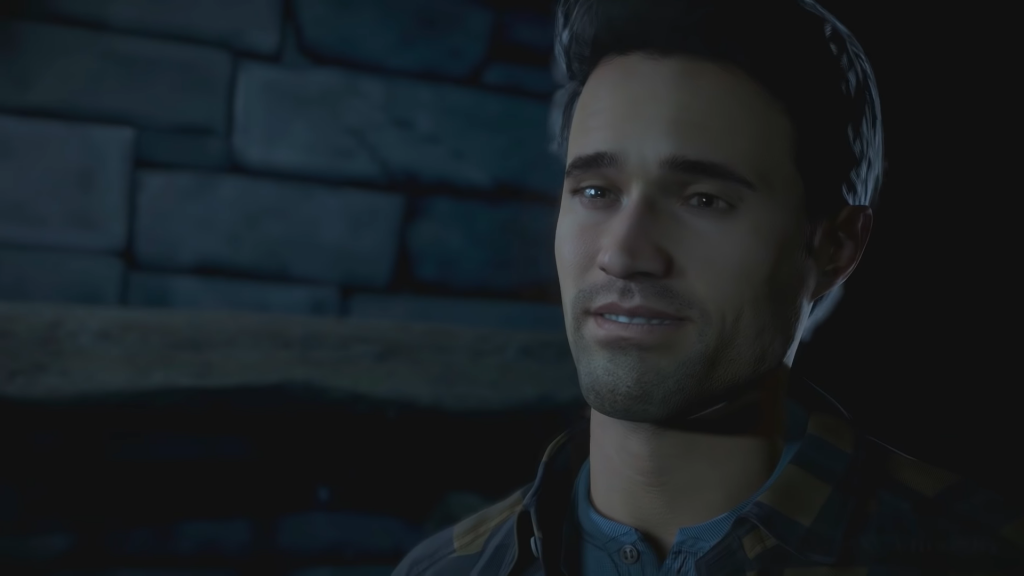 Until Dawn is an interactive drama survival-horror game that is developed by Supermassive Games and produced by Sony Computer Entertainment for Playstation 4 in 2015. It’s worth to mention that this game won BAFTA Games Award for Original Property. Although it is a classical American teenage movie story based, the game play and flexibility in the story saves it from being mediocre. Because there is multiple ends in this game that happens according to players’ decisions. Let’s dive into the case with not extend more.

The plot takes place in a very creepy, horrific and mountainous area called Blackwood Pines. A group of adolescents who just graduated the high school come together in a chalet that belongs to Washington family. Hannah, Beth and Josh siblings invite their friends to enjoy and have a good time together in their place.

Hannah is very in love with Mike. He knows that but he does not feel the same way. The other friends who know this also decides to make a joke to Hannah. They write a note that contains Mike’s feelings about Hannah, and the note says that Hannah is supposed to be in the bedroom at midnight. However, the fact is that Mike plans to get fresh with Hannah. By the way other friends will be in that room to see what is going to happen. Events break out and Hannah’s pride is broken. She cannot accept what is done to her and leaves the house quickly. After she goes outside and run fast to leave the area, her sister Beth goes after her to stop Hannah. As they run, they come to the edge of a cliff. Both of them slip, fall and die. From this event on, no one will even dream of what these adolescents are going to live in that mountainous place.

Hannah and Bath: They are twins and sisters of Josh. Hannah falls in love with Mike and she is unaware of the joke and can’t wait to spend time alone with him. Beth wants to protect her sister and after they know what the group is doing, they go out together.

Josh: He is the brother of Hannah and Beth. He’s thoughtful and loving. He takes care of his friends, and especially loves Sam. He wants to follow in his father’s footsteps and become a filmmaker. He is in the kitchen during the joke.

Mike: Mike is intelligent, determined, persuasive, and lover of girls. His girlfriend is Jessica and He dated with Emily a year ago. He is the person who makes the joke to Hannah, and He is pretty keen on it. He tries to seduce Hannah in the bedroom while others hiding there.

Jessica: Mike’s girlfriend, Jess, is disrespectful and self-confident. She considers being a model. She is who writes the note and leaves it in the bedroom. She hides under the bed with Emily.

Chris:  Chris is the most beloved name of the group with his systematic and humorous character. Ht has a character that can remain calm even in the most terrible situations. He is in the kitchen as well during the joke.

Sam: Sam is a pretty thoughtful and adventurous girl and the best friend of Hannah. She stops the others while they are doing the joke to Hannah. She is sane and friendly.

Emily:  She is the ex-lover of Mike. With a very sharp language and practical intelligence, Emily is a gifted and convincing girl. She dates with Matt, and she hides under the bed with Jess during the joke.

Ashley: Ashley is an academic, researcher and sincere person. She has a weakness for ghost and supernatural events. She wants to be a writer. Ashley is not seen on stage when the joke is played. She loves Chris.

Matt: Matt is Emily’s current boyfriend. He is very athletic, over motivated and ambitious person. He is a star of the high school and he is loyal to Emily. He is seen while hiding in the cabinet during the Joke.

Dr. Alan Hill: He is a psychiatrist who appears between chapters in the game.

This is an interactive game which means that you will play with every character to finish it and there will be interplay between all people. It is like butterfly effect as there will be a butterfly affect table on the menu. You will be able to see what kind of relation there is between the characters according to your decisions and movements. Additionally, you will have to make a decision in any kind of situation. There will be some options during situations and you will have a few seconds to make a decision. However, a decision will be made anyway even you do not press any button and it will affect the story. You will realize how the communication and interaction changes between the characters according your decisions.

Another issue is deaths. There will be or not deaths all along the game according to your decisions. Even pressing a wrong button may result with the death of a character. Therefore, you must be very careful during playing and making decisions.

The player can find different five types of totems throughout the game. They are based on beliefs which signify prophecies to come in the form of butterflies, with different colors correlating to different meanings. They can be found in the game randomly, and looking into them shows a glimpse of a possible future event, giving the player a chance to avoid or follow the said event. Collecting all of them will earn the player the Night of the Totem Hunter Trophy.

This black colored totem warns the player about the possible death of the player’s character.

This red colored totem foretells a dangerous event that a character might experience.

This brown marked totem foretells a possible death of another character.

It can be appropriate, if we say it is half movie and half game because you are not fully free during playing. Of course, you have a weight in the game as a player; however, you do not take a weapon in your hands and kill anyone you want. This is an interactive game that you are mostly effective in the course of the game as a player with your decisions. An instant error may consequence with a death of a character or you can save a life with your quick reflex. Besides, the story becomes much more surprising and frightening than the beginning. Your interactions and the communication are effective between the relations of characters.

Another important issue is graphics. All of the graphical elements are prepared carefully for you in the game for this genre. You can easily feel the creepy and scary environment during playing. One of the most successful events about the graphics is transferring the real characters’ faces into the game. It is worth noting that you will realize that as if there is a real person on the screen while playing.

This game has a very classical story from American youth movies; however, it succeeds not to be a cliché with its different and interactive gameplay. It will be a dissimilar alternative for the survival/horror game lovers.