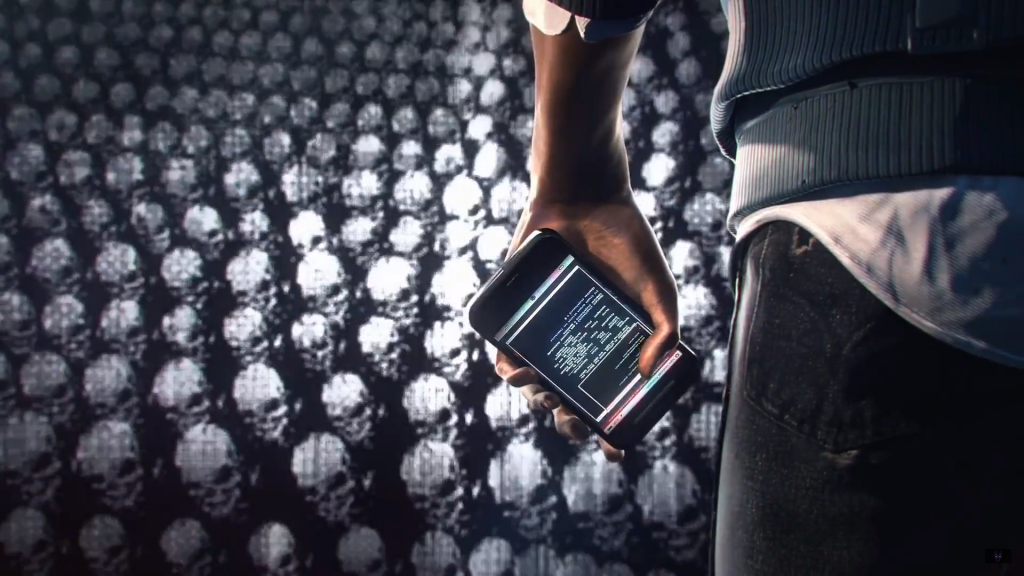 Watch Dogs opened the doors of a new and exciting world. But he was just rung. The first game was never able to fully open those doors, and he was never able to fully instill the excitement we were looking for. Although Watch Dogs has a well-designed world and great potentials, it has never been a promised game. Now when I’m writing this review, Watch Dogs 2 looks at me on the monitor that my PlayStation 4 is connected to and reminds me once again of how nice Ubisoft is doing this time.

In contrast to Aiden Pearce, who had inadvertently launched a potential resistance in the first game and became a legend later, although we did not know it at first, this time we are managing a very different character. Marcus Holloway is 15 years younger than Aiden (24) and is more agile and more ‘alive’ than he is. However, unlike the first game, our main character is not alone. Of course we had various allies in the first game, but they were not as active as the second game. Here is the first feature of Watch Dogs 2. The characters are very lively this time. Marcus has recently joined DedSec’s three main members, Wrench, Sitara and Josh. All three characters have their own personality and thus have their own unique tasks and dialogues.

The task of DedSec in San Francisco is to move the movement that Aiden started to a much larger extent, and to bring Blume and CtOS 2.0 together. So DedSec and Blume are in a tough battle. DedSec has a lot to do to defeat Blume, but the most important of these is to reach millions of followers, to use the DedSec app and to reveal the dirty secrets of Blume and to show people the truth. Blume is a corrupt company that sells people’s private information to various institutions and makes private life totally insignificant. DedSec also wants to eliminate this error.

In order to fulfill our goal, we need to use both the hacking capabilities that Marcus remembered from the first game, and we need to have a solid communication with the other members of the team. Sitara, DedSec’s ‘public relations’ face, we can say. In other words, he goes directly to people and doesn’t say ‘Come on, join DedSec’. Wrench brings out the crazy ideas for DedSec and creates things that will be called ‘no more’. Josh uses his unique hacking skills to gain an important place in the battle against Blume, while at the same time trying to defeat social anxiety. Just like these three characters, Watch Dogs 2 has many different personalities.

But what is the task of Marcus in DedSec? In fact, it’s almost the same as Aiden’s time. Marcus is the one who goes directly to the scene and goes into dangerous encounters. In this context, the greatest work to defeat Blume falls to you, that is to you. Just like in the first game, Marcus has a phone and a laptop that he can use to get things done. Unlike the first game, this time we use our laptop in a much more effective way. We didn’t even have a laptop next to us in the first game. We were trying to get everything through our phone.

Unlike Aiden, he is much younger and more agile. In addition to these track skills, it has been further improved with the developing technology to fulfill various actions. Just by pressing the L1 key you can open the doors, cut down the electricity, move the elevators, break the elevator scaffolds next to the buildings, and you can simply do this by pressing the L1 key. In the first game we were able to handle many things with a single button, but this time everything was more fluent. I’m not saying it’s simpler, I’m saying that it is more fluent.

Of course, in addition to the technological features and track capabilities, Marcus has much more robust tools and equipment. I especially liked the fact that Ubisoft was able to bring the rapidly developing 3D printer technology into play. You can now print and use deadly or non-lethal weapons with the 3D Printer. Moreover, you can even choose colors and print types. Not only that, the 3D printer can also create two types of drones that go on the ground and in the air. These robots will be vital in many tasks. You will get the RC Jumper on the ground directly, but the game demands $ 60,000 to get the other robot that can fly.

By using these robots and other technological features, you can simply complete a deadly task while simply sitting in a cafe stool. “Well, but doesn’t it make this game easy?” Do not call. It is so difficult that you perform these tasks. RC Jumper. He gets a lot of attention and he can finish the job with a blow. Other than that, a door lock that stays in the blind spot while traveling between cameras can put you in a big trouble. So you should use all of your vehicles, even after a place ‘business has come to fall’ saying you should go to your task by yourself. Watch Dogs 2 offers a great variety of gameplay. Ubisoft did not say ‘we gave you these things, use them, use something else’ and left all the elections to the player.

Speaking of diversity, I need to mention the general diversity of Watch Dogs 2. Watch Dogs 2, which has a big and open world, doesn’t make the mistake of having many open world games and makes things incredibly diverse. First of all, listen to my advice: when you walk down the street, make sure everyone’s profile. You have so much fun and you can’t even imagine what you’re going to face. I read a woman’s profile by fighting with her boyfriend, quarreling with his boyfriend’s phone, realizing that he was cheating on his girlfriend and I can blackmail the man if I wish. But if I didn’t remove the profile of the woman with a simple L1 key, I would never have found this fun-short task. There are thousands of surprises in Watch Dogs 2. You really can’t imagine where you’re going to be.

This sense of diversity in the game allows Watch Dogs 2 to turn into a much more exciting and intriguing game every time, on the contrary, it doesn’t tighten. Watch Dogs 2 offers very nice things in terms of both main and side missions. In the first game, you can find the events very easily and you can find yourself in a YouTube video on a single ‘I attacked 15 people’. This time the privacy items are also increased. Both RC Jumper tools and equipment, as long as you have a technological superiority in fulfilling a task you can turn into a ghost. Or if you wish to attack 15 people and you cannot count. The choice is yours, you are free!

Watch Dogs 2 has really good visuals. While San Francisco sometimes looks like a very colorful and lively city, it can sometimes turn into a foggy and rainy city and fascinate you with its atmosphere. Unlike the first game, this time Watch Dogs 2 doesn’t see any ‘downgrade’ rhetoric, as Ubisoft hasn’t been able to paint the game with nonsense-slingshot filters when it introduces the game. Both the PlayStation 4 Pro and the standard PlayStation 4 performances are all great!

Speaking of visuals, I cannot pass on the art design of the game. Anyway, Ubisoft’s art designer would like to find him and buy him a cup of tea and kiss him on the forehead. Recently, all Ubisoft games have managed to fascinate me. Of course I keep Siege and Division out of this generalization. Watch Dogs 2 has really nice designs. Watch Dogs 2 stands out as a very solid fashion and art feast, both in the colors and graffiti of the people in San Francisco and in various colors and graffiti found in the city’s venues, as well as the variety of clothes directly owned by our main character.

Watch Dogs will fascinate you with their music as well as their images. They have a compilation of today’s popular songs and some nostalgic songs. Each one has been selected gracefully and the game is unique to the general pieces. Moreover, you can listen to these songs not only with the radio, but also with the MP3 application on your phone. The end result is that you have a latest model phone and you have a lot of applications that you can really use on this phone. MP3 is just one of these applications. There is even an application where you can report a location like Swarm: ScoutX!

In Watch Dogs 2, some things have been overdone this time. For example, in the first game, we would solve small puzzles while performing hack operations. As we solved these puzzles, we reconfigured several network paths and tried to reach the main server. In the second game there is a modified version of the same system. This time, we solve these puzzles directly in the city, not on a single screen. At first it seems like a really good innovation, but after ten missions in the game, it becomes very slow and unbearable. It could be a lot better if they limited it to at least some special tasks. If I come to my last words, I really like Watch Dogs 2. After the disappointing structure of the first game, Ubisoft really listened to the players and came out with a really strong game of play. Although he is not able to create an Assassin’s Creed II experience for sure, he has created the closest experience. Watch Dogs 2, which offers a fascinating experience with its vivacious world and vivacious characters, manages to be a solid despite the various difficulties in artificial intelligence and animations. The multiplayer mode will also be completely corrected after correcting it.