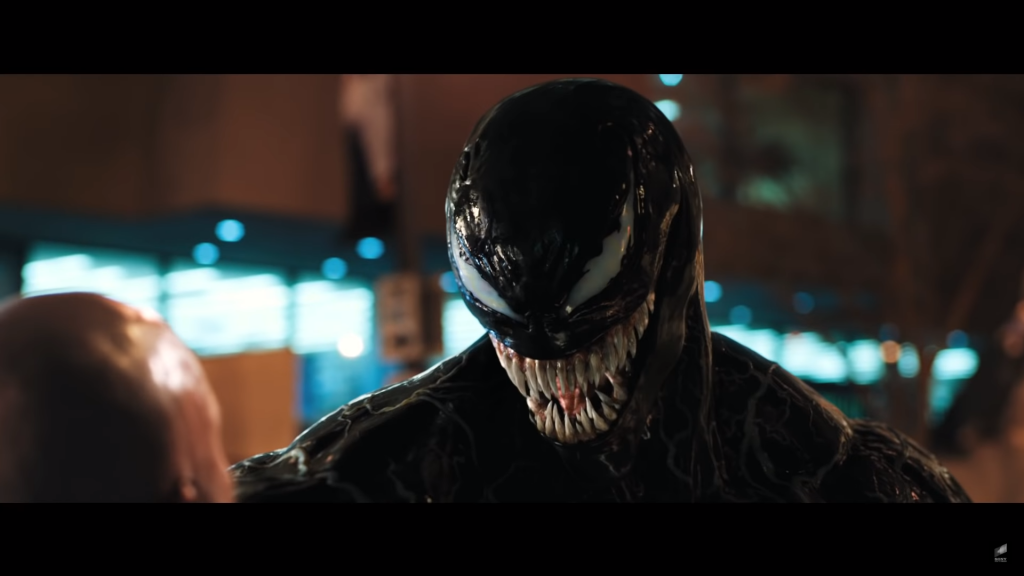 It wasn’t a good idea to make a Venom movie without Spider Man. Then, after the announcement of understanding with Tom Hardy for the role, the people’s mind changed, but after the first fragment we didn’t see the Venom itself, the expectations and morale fell again. Later, no one had any great hopes about the film that didn’t give the potential audience the expected fragments. The film seems to have made a bad start because of the low level of expectation above. Although I think that the film keeps the entrance a bit long, the film catches a certain tempo level and then continues without fluency and without going below that level. Although it doesn’t offer a novelty of creativity that will make the audience look like ‘’Oh My God’’, the film makes you wonder what will happen in the next scene.

The relationship between Eddie and Venom is admirably mirrored. I’m going to say I didn’t expect Sony from this, but the real factor here is actually Tom Hardy. He played so many difficult roles in his career with a great success and he showed us his talent in this movie too.

After the entrance, we have seen a clever, visionary, manipulative villain and a kind-hearted employee who works for that villain. The life of our successful, happy main character was razed by this evil man. In the film, there is an accident when the alien organism is carried by astronauts researching in space, not by Spider-Man, but by Carlton Drake, a scientist who breaks his eye on the ambition of success. This organism is released in the world as a result of the accident. Thus, Venom’s protagonist is portrayed as one who has seen many similar times before, for anyone who sees no problem in referring to the lives of innocent people for the sake of their purposes, even though he has everything he wants and who does not see enough, wants more.

In the film, Eddie Brock, starring Tom Hardy, is a journalist like in his original story. Unaware of his wife, who has confidential information about Carlton Drake due to his work, uses information from her computer in her interview with Drake. Following Drake’s questions about his illegal activities, Brock is dismissed from his job and abandoned by his wife. When the path of Brock, who has an extremely difficult time, lives on the street and struggles with hunger, intersects with a scientist working for Drake, the process of transforming to Venom begins.

Eddie’s body starts to give unexpected reactions such as desiring to eat raw meat, body overheat and supernatural human reflexes. He thinks that he becomes a schizophrenic and go to hospital to get a cure. When the doctors try to CT scan his body, the symbiote inside him gets crazy and stops the scanning. Eddie leaves the hospital and goes home to rest .But a few hours later after he gets home, some men that armed with guns come to his house and try to kidnap him to take the symbiote inside his body. Eddie surrenders but Venom doesn’t. Because they are sharing the same body, Venom talks to Eddie and says that I will save us. Eddie gets confused but suddenly a black long arm emerges from his chest and holds an armed man and throws it from the window.

Eddie has to accept this deal because Venom could kill him in less than a second. But, Eddie adds a condition to this deal and says that you will only eat bad guys. Venom reluctantly accepts it, and this is where the film breaks.

Another symbiote called Riot enters the Carlton Drake’s body. He enforces Carlton to make a new rocket so that he can bring his army to Earth. In the beginning, Venom’s desire was the same but after he meets Eddie, he gave up on this idea and decides to stay in this world to help Eddie. When Eddie asks why, he says that ‘’I am a loser like you in my planet, but in here together, we can do whatever we want.’’

The story’s main theme is about the Eddie’s and Venom’s partnership and how did it happened.But I assure you that movie deserves to be watched. Fighting scenes, non-stop actions and the messages that movie gives us will make you satisfied after you leave the theatre.