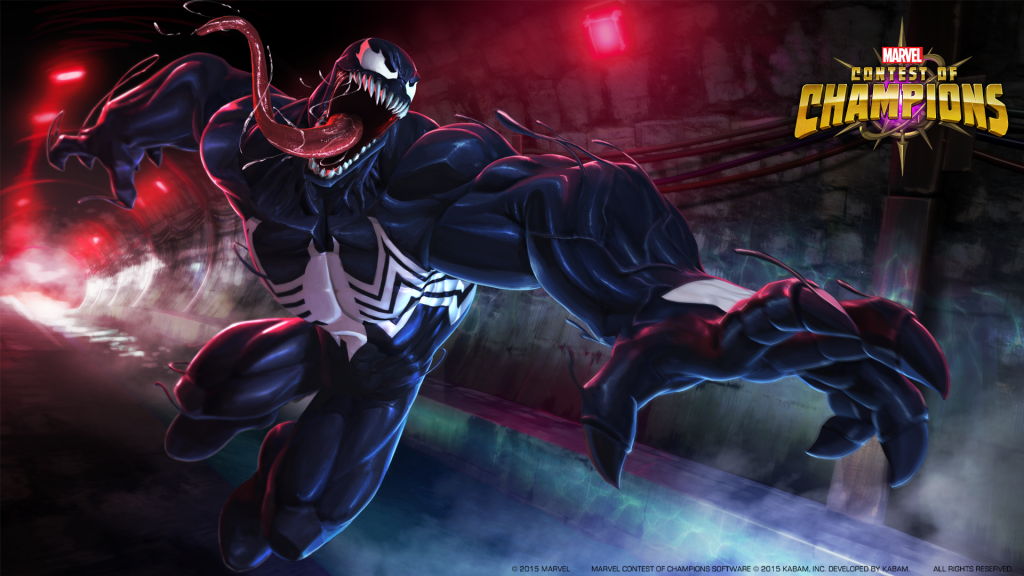 Battlerealm is based on the mobile game “Marvel Contest of Champions” license, and essentially pits you as one of 13 Marvel heroes (curiously, no Spider-man), who are have been summoned and forced to fight each other to determine who is the victor. Interestingly the box art includes other characters not in the game either (Loki, Dr Strange, Scarlet Witch) so either they are planning to expand it, or were rather lazy in which (admittedly, great) art they cribbed from the mobile game.

In terms of components, they consist of a cardboard standee and scoring dial for each character. This keeps track of your score and summarises your unique abilities. You also get 4 cards to details your specific powers that can only be used once per round.

The aim of the game is to either be the last man standing, or be the first to reach 21 PVP points. I find it odd that the game insists on calling them PVP points, as though it is trying to distinguish them from some other points, but there are none. There are *only* PVP points. Anyway… Each player sets their points dial to their character-specific starting number, and then battle begins.

The basic mechanics are you roll and reroll a set of 6 dice to determine the combinations of actions you are able to take. There are six symbols on each dice representing Skill (melee attack at the same location), Tech (ranged attack at a different location), Cosmic (movement between locations), Mystic (gain a PVP point), and lastly Mutant and Science which do nothing on their own. So you can choose to concentrate on earning points for yourself, attacking others to cause them to lose points, or earn points by visiting locations.

In true Yahtzee style, you can do up to two rerolls of as many of them as you want, to try and get the symbols you want. Once you are done rolling, you can then resolve them in the order of your choice. For example, if you have 2 Skill and 1 Tech, you can punch someone in the same location as you twice, and then shoot someone in a different location once.