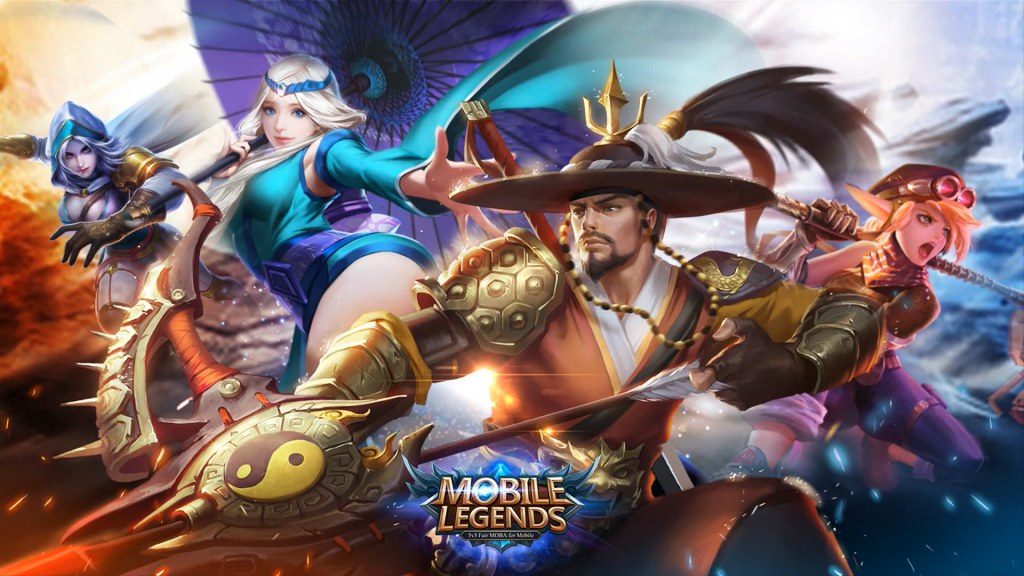 Mobile legends, offers to us playing a MOBA game in our smartphones. While the technology is developing with an over speed than expected, mobile game developers has started to produce unexpected gaming platforms for mobile players. At first, it has been thought as a bad idea playing a complicated game such as Mobile Legends. But after it takes its place in the market, gamers showed a high interest on the game and broke these prejudices.

MOBA games are generally needs attention, team- play and so many control keys to use different skill combinations. It is really hard to adapt these types of games to phones because of their screen size. Mobile Legends succeeded in this task and produced a simplified and easy-controlled game for their customers.

When we enter the game an extremely nice interface welcomes us. If you are logging into the game with a smart device with Android operating system, you are choosing your Google account. After choosing the account, you are left with eye-catching interface.

After making the necessary records, Mobile Legends’s training map welcomes you. The training map gives you a character with distant attacks. The game gives you basic information about moving back and forth, attacking and buying goods. You use your movement on the left side of the screen, your fixed stroke on the right side and your character special skills on the little buttons that remain in your cross. In the upper left corner is the map, internet speed and settings icon. In the upper right you can see your score and your money in addition to the commands you can use to communicate with your teammates.

The game is extremely easy to play, the items you need to buy are shown at the top and you are only staying fighting. After completing your training, you return to the game interface.

In the game, it doesn’t go hard to skip a level, earn money and buy characters. You can start a new match by clicking the Quick Match button after a finished match. You choose the hero and costume you want to use in the match, then the fight begins. Mobile Legends has a map of the upper, middle and lower corridors as in other MOBA games. In the lower corridor, there are four types of fighters and supporters, forester in the jungle, assassin or magician in the middle corridor, and assassin roles in the upper corridor.

Each match lasts a maximum of 10 minutes, there may be more long-lasting encounters, but usually the struggle does not last long. Besides, you can collect prizes by touching the trophy picture from the game homepage according to various criteria and achievements in the matches. Generally, prizes are in-game money and experience points. We can say that the difficulty of playing the game and developing your character during the war is moderate. We recommend you to play the construction which allows you to have a pleasant and pleasant time.

During the war, you must try to buy items that the game advises you as soon as possible to develop quickly. You can perform serial attacks by quickly pressing the skill and fixed attack buttons on opponents and minions. After defeating opponents and minions, you have to attack the towers, you can sneak into the towers and finish the game faster. Before entering the game, we advise you to decide which corridor to play and choose your character accordingly. In this way, you can enter a tooth fight with your opponent.

Game graphics are almost perfect for a mobile game. Mobile Legends, which has been worked on as a work of art details, character talent shots and animations, is becoming an increasingly enjoyable game with continuous updates. Almost all errors in the game are fixed with these updates as soon as possible. With a high number of players, Mobile Legends never allows the gameplay of this fun game platform to be worn.

The buttons in the gameplay interface are conveniently located in various parts of the screen. Within the limitation of the phone screens, the ability to produce an interface with such a comfortable use for a MOBA type game also creates a sense of respect for the Bang Bang Company.

If you’re a team player, and it’s not just at the computer, any time you want, where you want to play with your friends and alone as a MOBA game, Mobile Legends is a game created entirely for you! Install Mobile Legends on your phone and choose your favorite among hundreds of characters and game modes, and enjoy the fun of this amazing arena!