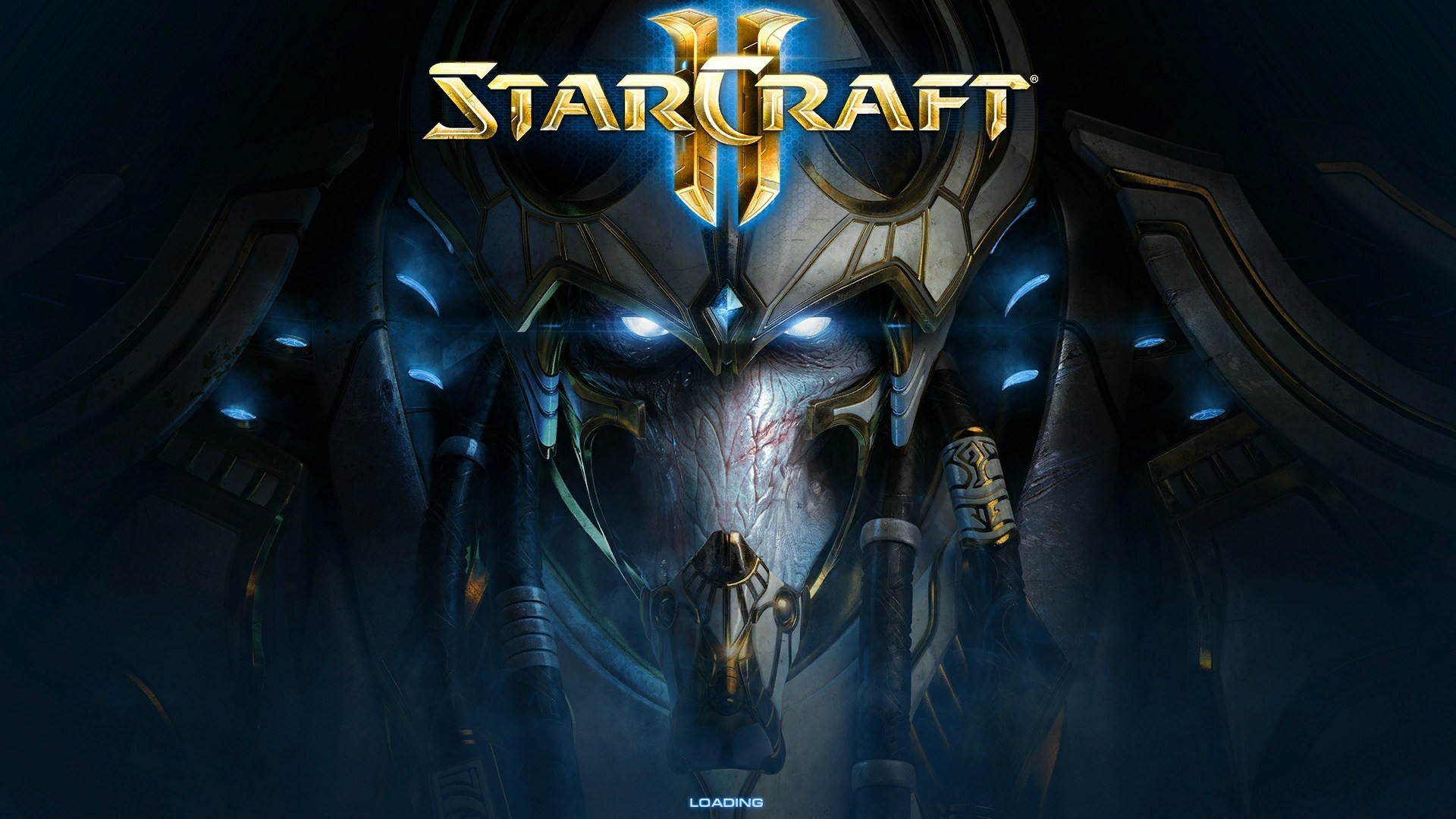 StarCraft II’s in a weird place. Once renowned as the “it” e-sport, it’s given way to the more approachable, colorful and character-based MOBA genre. Its viewers have tapered off, and even Blizzard, its creator, has given in and created its own MOBA (Heroes of the Storm), and put former StarCraft II lead designer Dustin Browder behind it. When it comes to its competitive scene, the former giant now has to justify its existence; Heroes of the Storm had twice the prize pool StarCraft did at Blizzard’s own Blizzcon tournament. The game still has a large scene, of course, but Legacy of the Void, StarCraft II’s third (and likely final) expansion will have to do something truly special to return the series to its former glory. 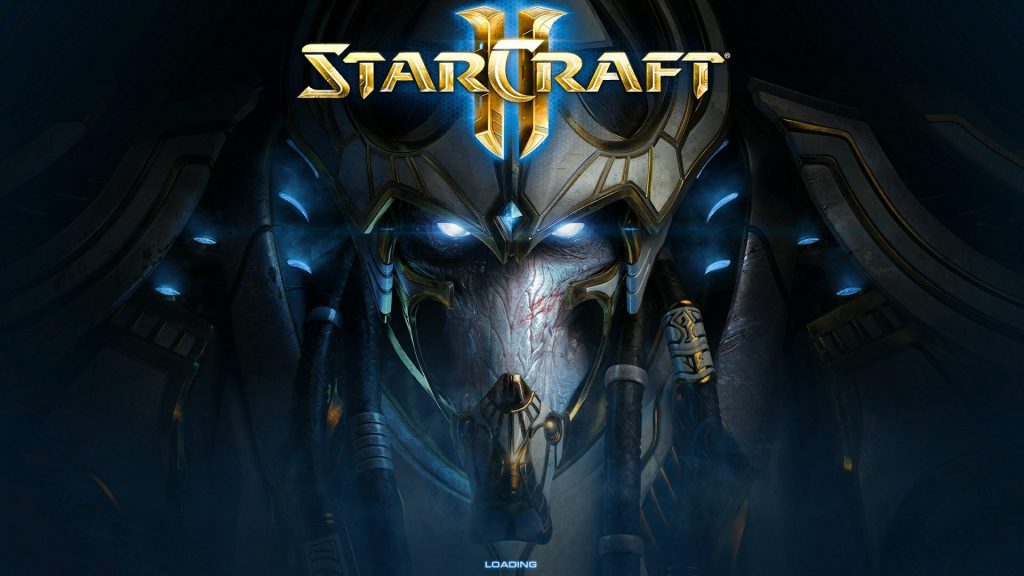 But I’m not here to eulogize StarCraft’s competitive scene before it’s dead. I’m into StarCraft predominantly for its single-player, which is the other reason Legacy of the Void is so important; like all final thirds of a trilogy, it carries the tremendous burden of tying up loose ends and seeing that characters have resolutions that fit them. In that sense, Legacy of the Void does right by the stories StarCraft II has set up. But after finishing it, I can’t help but feel as though StarCraft II was never the game I thought it was.

StarCraft II’s plot has always been corny and fanciful, and I can’t mince words about that after seeing Legacy of the Void’s ridiculous, bombastic ending, which I have to admit is far better than I expected. But the original StarCraft now feels like a completely different tale, likely because I came to it at the right time. The first game’s story evoked the dark hopelessness of space through its cutscenes, which had the strange, late-‘90s cutscenes advantage of both giving you a better look at the world you were playing within while also lacking enough specificity that you still imagined what else those same worlds were made of. The colorless, grotesque look of just about every unit in that game helped too.

Legacy of the Void and the rest of StarCraft II feel cartoonish by comparison. As current Protoss leader Artanis takes the leading role from Kerrigan (the focus of the previous expansion, Heart of the Swarm), everything looks hopeless, as evil Xel’naga Amon’s Zerg/Protoss hybrid race is steps away from erasing all existence. (Trust me, I get how silly this all sounds). But it’s not the same kind of hopelessness I was used to from StarCraft. The first StarCraft was a nod to Starship Troopers’ satirical critique of the confidence that we as a species displayed in thinking we might conquer the universe, should we ever figure out space travel.

Legacy of the Void feels like the end of just another sci-fi power fantasy. By now, StarCraft II has introduced enough prophecies, enough magical artifacts, and enough deus ex machinas that I never once doubted Artanis could turn it all around. The increased production value in the cutscenes, in the conversations Artanis has with his shipmates aboard the Spear of Adun as he travels around his ship, leaves little to the imagination. When I heard Karax, an engineer, explain the mystic powers of the Keystone and how they could help save the universe, he revealed the plot for the trite trope-fest it may have been all along. And it bummed me out.

Still, Legacy of the Void’s campaign brings the same ingenuity and polish Blizzard (eventually) brings to all of their games. Further branching out from the traditional “build a base, attack the enemy” paradigm that defines its multiplayer, completing missions and bonus objectives grants you Starlite, which lets you choose which special abilities you can take into battle, like warping in Pylons (the Protoss race’s central building block) anywhere on the map, or firing down lasers from the Spear of Adun. You also choose which version of every unit you want to take into a given mission; Zealots can either stop units they hit from moving or revive once after dying, for example. The campaign also splits into three parts this time around, which affects who’s in charge of the armies you command to some degree, and makes sense thematically.

Blizzard’s also put a lot of thought into making sure you’re never “just” building a base. Missions only ever repeat the “X person must survive” objectives, where your most important hero character has to make it through. Other than that, Legacy of the Void plays with just about every core aspect of the StarCraft II formula. You have missions where you don’t build bases at all and have to guide a limited number of units through intense base defenses, tugs-of-war that rely on you to guide an NPC to an objective by having your units outnumber the enemies in a certain area. These objectives are enough to guide you towards using new units and structures, since you’ll get a different outcome from different build orders depending on what you need to do in a given mission. And for perfectionists, there’s a robust achievement system that introduces even more wrinkles into how to approach a mission, such as finishing under a certain time limit or using certain units.
Most of these missions won’t feel too crazy if you’ve played any other StarCraft II product, but the formula still has enough variety to hold it over for at least one more campaign. This sense of variety and tweaking just enough conditions to make the game feel fresh also carries over into Legacy of the Void’s new co-op missions, which again deviate from normal “wave defense” co-op modes by making the objective to destroy the enemy, and head towards optional objectives, not simply surviving.

Neither of these modes will teach you build orders and long-term strategies to take into multiplayer, but they both give you enough choice in how to approach a given scenario that you feel like you’ve outwitted your opponent, even when it’s a A.I. you were supposed to defeat the whole time. You can also take most of the knowledge you’ll gain about how to maneuver particular units around the map, and how to use each unit type’s abilities in tandem with you when you decide to enter multiplayer.
It’s a slick package altogether, but I felt entirely distant from it. In multiplayer, too, I realized that this wasn’t the game I thought it was. I stuck to the mod and custom game scene for most of my time with the original StarCraft, only learning unit counters and proper resource management when StarCraft II didn’t offer custom games (not at first, anyway). Jumping back in after a four-year absence, I realized that StarCraft is still gaming’s strongest competitive pressure cooker, and this comes from a dedicated MOBA and fighting game player.

I haven’t had an experience more frantic in multiplayer gaming than trying to build my base as fast as I could, not knowing when I was making mistakes and when I was losing my advantage by not constantly keeping up my production line of units, structures and upgrades. And this is the kind of game where I made most of my mistakes within the first five minutes of the match and didn’t realize it until eight minutes later, when my opponent rolled into my base with an unstoppable onslaught of units I hadn’t accommodated for. I got hit by sleight-of-hand tactics, like building air-to-ground units as fast as possible and attacking supply lines directly. I’d turn around and use those same tactics on my next opponent, then lose to something else I hadn’t thought of.
The few victories I managed to edge out came quickly, and white flags came out long before I’d destroyed a structure. People know when they’ve lost pretty quickly here, and there were times where I surrendered early, looked at the resources graphs after the match, and realized I had a better chance of recovering than I thought. But the stress of managing my base, all my units, and keeping an eye on the long game got to me, and the moment I had an excuse to stop playing I did. Losing often felt like a relief. StarCraft will wrack your nerves harder than almost any other competitive game I can think of. Fitting for the game the term “ladder anxiety” originated from.

StarCraft II is still the game it was five years ago. In fact, from a “gameplay” standpoint, it’s the best it’s ever been. Between the expansive single-player, the absurdly deep multiplayer, and the wealth of other options it now offers, you could easily dedicate mounds of time and not get bored. And despite my nostalgia for the first game, both the campaign and multiplayer are still a good time. I just don’t think I’m into it anymore. Not the way I used to be. Perhaps I shouldn’t judge it too harshly for not being what I thought it was. But nonetheless, the experience left me cold. Wings of Liberty, StarCraft II’s first third, felt like a triumphant return; Legacy of the Void feels like obligation, albeit one filled with aplomb.

Blizzard promises that this isn’t the end of StarCraft, and there are already plans for more balance updates and story campaigns. And I’ll probably end up playing more of it, just to see how those plans play out. I still think I like the series’ characters and world enough to check in with them from time to time. I might even go back and play through the whole series in the future. But at this point, StarCraft will have to find a newer, weirder place to be in if it really wants me back.