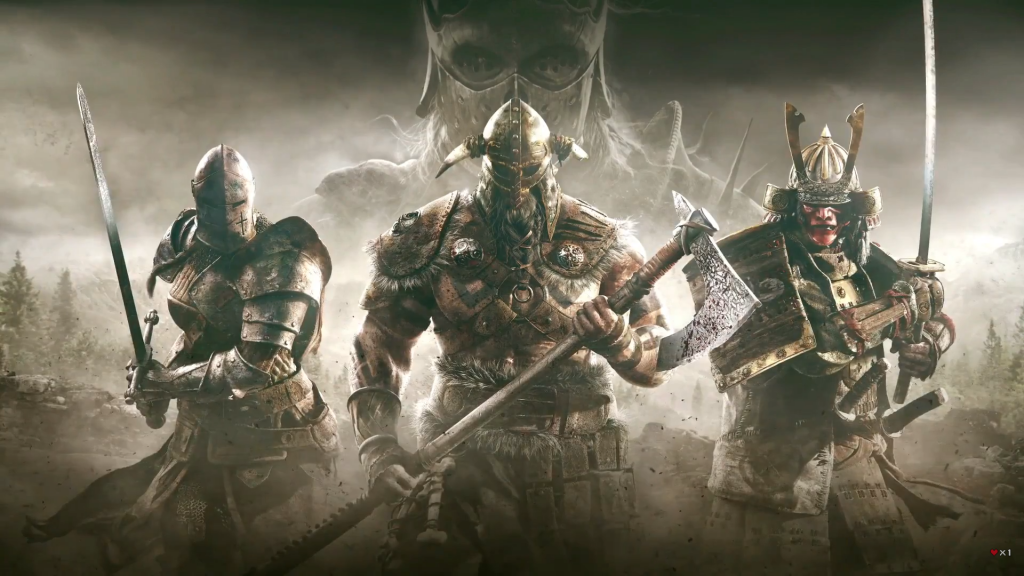 I’m here with the For Honor review. What kind of game is For Honor developed by Ubisoft and promising a completely different gaming experience? For Honor We have prepared a detailed review for you based on our PC and console experience.

For Honor, Ubisoft was one of the most interesting new IPs it has offered to us in recent years. He supported classical MOBA and action with sword shield games. Our excitement has been endured since the first images published. After Alpha and 3 different beta processes, finally on February 14 For Honor was launched.

The servers were in poor condition at For Honor beta. Of course, the fear of all of us in such a situation, the game will come out with server problems. Are you still having problems? Yes, but there are always problems in a new game. You may experience server problems approximately in 3 out of 20 games. For Honor uses players as a server. Therefore, the links are transferred over the players. If the game detects that your connection is weak, you are instantly removed. So a good connection is necessary to play the game properly. You can also see the red logo as NAT type on some PCs. In Ubisoft’s games, you usually need to make your NAT types clear. You can find the guides on Ubisoft’s official site.

For Honor throws you into a bustling atmosphere with your download. If you browse the For Honor gameplay videos, the process of starting the game will be much more comfortable. In the How to Play videos, all the abilities of the heroes are explained in detail to you.

For Honor, a host of two main game genres. Scenario mode and multi-player mode. The main focus is the multi-player mode, but it has a scenario mode. But if I want to explain this scenario mode to you in the best way, I think I can give you the last three main games of Battlefield. I think we can say that your only purpose in playing the scenario modes of these games is to prepare for the multiplayer mode, which is the main focus of the game. This is the case in For Honor. Okay, there’s a scenario mode. But this mode is only a makeshift mode created for you to experiment with the three characters in the game and the main characters in it. My advice is that if you play the first few episodes and the game is fully warmed up, you won’t lose any more time and enter the multiplayer mode. Because really, the script has nothing to do with it. Then you finish it. Oh, if you say you have no use, there is. When you complete the tasks in the scenario mode, you can earn various icons and character points. However, instead of wasting time with them, you will have more reason to win real equipment prizes in multiplayer mode.

Since I mentioned the scenario mode of For Honor, I think I can talk about the main focus of the game, the multiplayer mode and the sub-modes it contains. First of all, I must say that For Honor’s character traits are more of a game that is shaped by your own skills. Just like in other competitive games. The better you play in For Honor, the better you ‘study’ your character and how well you learn the map mechanics, the greater the pleasure you will get from the game. Because the people you meet in matches will come according to your ability level. You will understand what I mean when I see the difference between the people who first come along and the people who come later.

For Honor, there are three races that you can choose for ‘for now’. Now, I’m just saying because I’m hoping Ubisoft will expand this race range later. If I touch on the theme, the reason why the three races are fighting is generally the inefficiency in the land. Water scarcity, inefficiency for crops of soils and hence hunger. So in fact it has a realistic and simple theme. All three races have four characters. Each character has its own advantages and disadvantages. Shugoki, which is on the Samurai side, is able to give a direct attack against the attacks as soon as he misses an attack because he moves too hard and can die within a short time. Likewise, the Berserker character on the Vikings side is fast, deadly, but is vulnerable to attacks, so he can easily die in a few harsh attacks from Shugoki. It is very important that you determine your character and style of play.

You need to reach separate levels for each character. Both have a level of your own account and a level of these characters. As your characters are leveled, their abilities and passive characteristics change and evolve. For example, the Kensei character you’re playing with most is now at level 9, but the range of abilities it has may not be the same as your 3rd Shugoki character. You also need to develop it and adjust its capabilities. Just like the difference in talents, these characters also have a certain difference in terms of equipment. At the end of each match you have the possibility to drop a piece of equipment to these characters. One character does not fall to another character’s equipment.

You can also access these equipment parts by using boxes. You can find new items for your characters by spending the points you have won in the game on these boxes. The quality and quality of the items falling from each box varies according to the box. You can also use these points to buy characters. You can play without buying a character, the game allows it. However, you need to buy to make and customize. They’re not very expensive, you can easily buy them.

Each character has his own abilities. Passive and active. You also gain as you level up and you choose the most necessary skill for your character. You can choose a set of equipment before each match, so you can choose the set according to the various match types. Although these skills seem a little unimportant, as you progress through the games and encounter more talented players, you understand that they are all vital.

Let’s come to the multiplayer modes owned by For Honor. For Honor has three main multiplayer modes. Duel & Brawl, Deathmatch and Dominion. These are separated into separate branches. In the Duel & Brawl section, you can play one to one or two duel matches if you wish. The Skirmish and Elimination modes in Deathmatch also have a little difference. In Skirmish, you earn points by destroying both the fighting minions and the real enemies in the middle and get the most points-winning game. In Elimination, you encounter one-to-one with one of the opposing teams and after defeating this person, you can go to help your teammates, revive them, or go to the special support points on the map and renew your own. Finally, there is a typical ‘point-taking’ mechanics in Dominion mode. You are trying to earn the most points by holding the three points on the map. There is also an Events mode that is currently closed. We don’t know what it is now. We think what will happen with special events in the future.

In the next order, For Honor’s main menu, or in other words, the map. When you start For Honor, the game asks you a question. Which side will you be on? Samurai, knights or the Vikings? As you can imagine, you will have a really big influence on the party you choose. The game is divided into seasons and in this season the rounds are divided. At the end of the season you will receive certain rewards for your contribution. Moreover, if your party wins the round or the season, the prizes you receive will also be multiplied. One of the things that I really enjoy is that the game has the idea of creating such a community. As you win the matches, you will be able to deploy your military forces to the regions in need of support.

On the map, you have daily and weekly tasks other than this main goal. There are some quests such as; in a match, kill 20 men, win this match in this mode,  win a duel using this character, win  10 duel side quests to increase your character score. You don’t need to spend a lot of effort doing these tasks, and this prevents you from drowning in between tasks and chilling from the game. As long as you keep it open, tasks are automatically completed as you enter matches.

Let’s talk about the graphics and sounds. I need to mention scenario mode when talking about sounds. Although the voice actors are talented, there is a serious lack of attention, as if these voices were made in the last minute. If I’m going to talk about music and general atmosphere, I can say they did a good job. When you are in the battlefield, the sound of the swords’ collision and the sounds of the characters shaking the guns can really get you into that atmosphere. I can’t talk much about music because the game doesn’t give much about it. Of course, this is one of the cons. I wish it was more epic, more suitable for war, and plenty of music.

For Honor’s graphics can be one of the best aspects. As the game was shown at last year’s conferences, it appeared with really high quality visuals. Ubisoft, who is generally on the agenda with the downgrade, did not make the same mistake this time and made For Honor a great image quality. The game has a very good performance on both the console and the PC. For Honor that I’ve seen on the PC, it didn’t say it was performance-critical, despite the tremendous visual quality, and it didn’t fall below the value of 60 frames. It was very fluent. For Honor, which runs at 30 FPS on the console, there is no frame rate drop.

I can say that For Honor, if I come to my last words, it is a solid battle game that can give what we expect. If Ubisoft changes its attitude and keeps the game up to date and presents new content, For Honor will be at the top of the list for a long time. It will be sad to see this game, which is beautiful in terms of mechanics, visuals and general game structure, in the dusty pages of history like the Division. Follow my advice for now and try and buy the game.